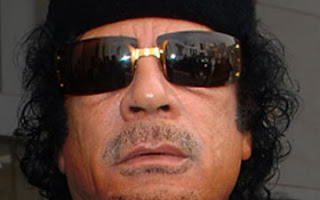 Mashable: As reports of former Libyan leader Muammar Gaddafi’s death circulate on the Internet, so is a gruesome cellphone photo of what appears to be his severely wounded body and another that appears to be his dead body. Both are likely opportunities for spammers with bad intentions.

The first photo was distributed by the news agency AFP after commanders for Libya’s transitional military, the National Transitional Council (NTC), said they had captured Gaddafi after invading his hometown of Sirte. On Thursday, an NTC spokesperson told the New York Times Gaddafi had been killed, but the U.S. State Department had still not confirmed his death as of 10:00 a.m. ET.

Celebrations in Libya and a flood of Twitter updates are treating the announcement of Gaddafi’s death as authentic — including a slew of sharing of the photos allegedly showing his capture.

In the past, photos like this — including alleged photos of Osama Bin Laden’s body — have been easy vehicles for malicious links. One reason is search engines decide which links are legitimate partly by looking at user behavior. When news like Gaddafi’s death breaks, however, there is no history for them to rely on and malicious links mascarading as news can more easily rank high in search results. Another reason is that people often seek such images from unfamiliar sources. Websites or Twitter messages promise to link to a breaking topic and then lead instead to another site or virus. The Gaddafi photo is a prime candidate for this type of malicious links, so it’s wise to use caution when clicking.

Because of the photo’s violent nature, we have decided not to post it in this article. There is another photo that has been shown on news network Al Jazeera (Warning: this links to graphic content) of Gaddafi’s body that could be susceptible to similar scams.

So are the photos fake? An NTC official told Reuters that the apparently dead man in the Al Jazeera photo is Gaddafi. But as CNN notes, “Much caution should be used with these reports because false information has come out previously.”