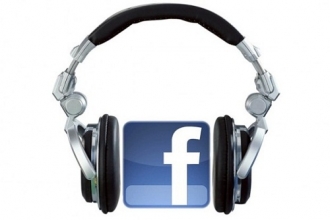 TechSpot: Facebook plans to launch a music service on September 22, which happens to coincide with the company’s F8 conference. The news comes via CNBC’s twitter feed which reported the headline earlier today.

A quick blurb on CNBC’s website also mentions the pending music service launch, suggesting that Facebook won’t actually host the music, but will partner with a provider to offer the service.

There isn’t much more to go on at the moment, but this isn’t the first time we’ve heard such rumors. Last month, Facebook announced a video calling feature powered by Skype. Software developer Jeff Ross panned through the program’s code and found references to an app called Facebook Vibes which connects with a music download dialog. Ross posted the following statement on his blog.

“The video chat plugin, called peep, is what is downloaded now. At some point in the future they seem to be prepared to download another app though, called Facebook Vibes. I searched around to see what this is all about, and it seems that this is an unannounced feature that has yet to be released. The vibes app connects with a music download dialog in the page though, so I’m guessing that with this release we are seeing the seeds for Facebook’s upcoming music offering.”

In May, we heard rumors that Facebook was partnering with Spotify, a DRM-based streaming service that allows users to instantly listen to millions of songs from several major and independent record labels. Spotify launched in select European countries in October 2008 but only opened their doors to US users on July 14, 2011.

Pending a deal, Facebook is just another name on the growing list of companies looking to offer streaming music to users. Last week RIM announced BBM Music, a streaming music service for BlackBerry users. The service integrates with BlackBerry Messenger, the company’s popular messaging service, and gives users access to “millions of songs” from all four major music labels.