This article is originally posted at Norman Security Blog, Credit to my friend ‘Pondus' for sharing.</p>

During recent months, we have seen several examples of attempts and suggestions to restrict access to different types of net resources, and in some cases the Internet itself. Is this a method that accomplishes its end, or is it more of a “shooting the messenger” type of action?

We shall give some examples and discuss different issues in this article.

Some high-profile examples of restricting access to net resources

Among the many different incidents during the latest year, which may be seen as attempts to restrict access to net resources, we will mention the following:

Obviously, these are totally different cases. It may even be argued that not all are about restricted access to net resources. However, we find that they are relevant for our discussion, as they all in some way have to do with restricting some people or organizations their use of the net or net services.

Several of the incidents mentioned above have been met by severe protests. Individuals and protagonists organizations for the freedom of expression have shown considerable engagement. Some have chosen to express their disagreement by attacking the entities that were perceived to have initiated the blocking. Particularly those who engage in the Anonymous “group”, have been active protesters and have used different types of means to protest. These means include denial of service attacks against Internet resources.
The different ways to express disaccord against what is perceived as a kind of censorship, may in itself be an interesting topic to discuss in an article. This article, however, will solely focus on restricting access to the Internet as a method to accomplish a particular goal (not as a method for protesting).

Several links to more extensive information about the cases mentioned above are available at the end of this article.

Certain activities are seen by authorities and/or organizations as undesirable and/or illegal. By restricting access to the net or to net resources, these activities will not occur or be more limited in scope.

The restricted access in all the cases in the listing above, should be in line with this general motivation.

It is important to note in this context that any organization that offers a service on the Internet in principle is free to compose end user agreements, which correspond to their own values and terms of use.

The potential problem is rather of a structural character.

The entities that operate such systems are often organizations that are allowed to act within public control and license. 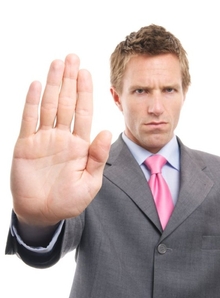 One of the reasons why it seems so tempting to implement restricted access to e.g. newer communication methods, is that these are not yet sufficiently integrated in society. Or more precisely: They are not yet an integrated part of what is perceived as a tool that is beyond regulation for “political” (in a wide sense) reasons.

It is inconceivable that the use of traditional telephone system would be stopped in a certain area in order to avoid certain types of communication. This is an action that would not even be among the options up for discussion.

Stopping access to mobile phones and social media on the other hand, may seem like an efficient and logical step to take in certain conditions.

Why are these communication methods viewed differently? We suggest that the reason why is that newer communication techniques are not fully understood by those who have not grown up with their presence.

During the uprising in several countries in the Middle East, the use of social media like Twitter and Facebook were praised by western societies as useful and even instrumental in overthrowing the former regimes. Resources were allocated in order to circumvent the oppressive regimes' attempts to censor and block net access.

Planning and implementing similar restriction techniques against western nation's own citizens to oppress certain types of communication, are seen as hypocritical both by those who criticize these methods, and by those who used them in the Middle East and in other countries. A quote from an article in China state media's Global Times about Great Britain's Prime Minister Cameron's suggestion, illustrates this perfectly:

Cameron’s suggestion to block social networking websites smashes basic concepts of freedom of speech in the West, which always takes the moral high ground in criticizing the reluctant development of Internet freedom in developing countries.
The violence has brought a comprehensive and diverse influence on the whole of the West. Created by globalization and the development of the Internet, the headache of governance suffered by developing countries has now spread to their developed peers.
Democracy and freedom of speech should have their pragmatic connotations and denotations. (…)

More in line with modern societies' way of approaching illegal actions, would be to target the illegal act itself, rather than the communication mediums that may be used in planning undesired activities. After all, the freedom of communication is one of the fundamentals in democratic societies.

That said, one can also imagine situations when parts of any infrastructure may be temporarily closed for security reasons. This should, however only happen according to rules and regulations that are defined by proper authorities, and not according to actions that are more ad hoc and initiated by random organizations, which (by coincidence) are able to accomplish this.