ghacks.net: Microsoft has just released a beta of a system recovery software. Microsoft Standalone System Sweeper has been designed to aid users in starting an infected PC and performing offline malware scans to remove viruses, trojans, rootkits and other forms of malware effectively. It is also used if malware is hindering the user to install or start an antivirus software on the infected system, or if the applications used to detect malware are not able to find the malware on the PC.</p>

Setup data is loaded from the Internet when the program is started. To use it, users need to boot from the disc or USB device which in turn loads the tool that gives you the options to scan the PC and recover it. It will load the Windows Preinstall Environment to run the Microsoft Standalone System Sweeper application for scanning and remediation of virus and malware. 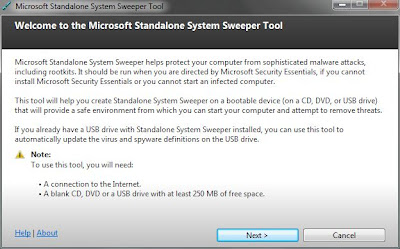 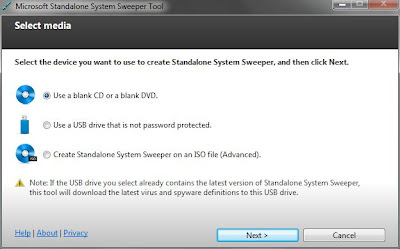 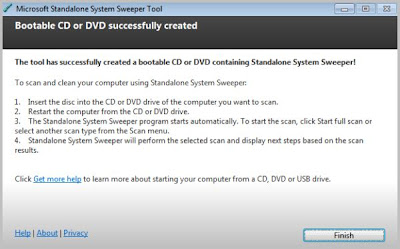 Interested users can download Microsoft Standalone System Sweeper from the official project website. It is basically a recovery CD or USB application that Windows users can use to remove malware from a system.

An Internet connection is required to download the latest virus and spyware definitions for Standalone System Sweeper. Supported web browsers are Internet Explorer 6 or higher, or Mozilla Firefox 2 or higher.