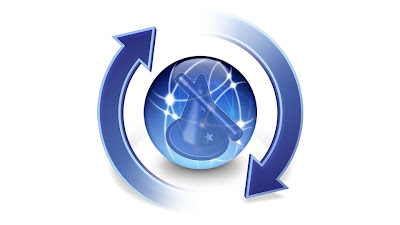 Gizmodo: OS X Lion is coming to the Mac App Store, ushering in a new era of digital distribution for their desktop operating system. And rumors are flying that iOS devices will soon receive over-the-air updates. If we had to smash these two pieces of information together and speculate about the future a little bit, we'd say Apple is heading down a path to automatic background updates for all of their operating systems. Hardcore nerds would hate this to be sure, but for the average user, it's a good thing.

Apple has always been about the mainstream user. In the pre-OS X days, the “user-friendliness” of the Mac platform was heralded by the technologically unsavvy, and derided by the hardcore tech community. The original iPod didn't support a million different audio formats, but few pieces of software automatically synced MP3s to a device as easy as iTunes did. iOS doesn't do everything Android does, but your grandma can use an iPhone. The Apple TV may be less capable than some other media streamers out there, but it functions better than many of them. These devices require less thought to use than their competitors.

Software updates should be the same way. Automatic updates may not require thaaaat much less effort, but considering the ADD world we live in, not having to devote attention to an update is nice. Google's Chrome Browser already functions this way, and it's great. You don't even know it happened—you just wake up one morning and it's done. There's no prompting, no nagging, no delaying because of having to restart your computer.

Thing is, even with prompts and alerts, most people don't update. Take my entire family: Whenever I venture back home and take a look at any of their computers, they still have the same version of OSX as the last time I updated everything for them. Some are running OS X Tiger on their computers, because who has time to go out and buy the latest OS disc?

And yes, this is bad for you modders out there. It would give Apple the upper hand on iOS jailbreakers, especially. If Apple were to push updates through regardless of whether or not we want them, the entire jailbreak community would be at Apple's mercy until the latest workaround surfaced (which, to be fair, is only a matter of hours sometimes). I don't necessarily like this idea, because I think the jailbreak community does far more good than harm for the iPhone, but from Apple's perspective, I can understand the logic in wanting to do this, despite a probably PR shitstorm from people who feel violated by a lack of an opt out.

In the case of the iPhone, it's worth pointing out that automatically updating the major releases (iOS 1.0,2.0,3.0,4.0, etc…) would be problematic—because the older hardware is way more sensitive. Just look at iOS 4 on the iPhone 3G. For computers, it'd probably be less of an issue.

Ultimately, though, automatic updates would give Apple control over the top-notch user experience they so dearly covet. Having everyone up to speed on the same software versions would mean fewer complaints about flaws in prior versions that people could have resolved by updating. It would mean no glaring security holes affecting millions of machines. We think it's gonna happen, and we thing it'll make your life easier. It would also mean less choice for you. But in this case, is that such a bad thing?