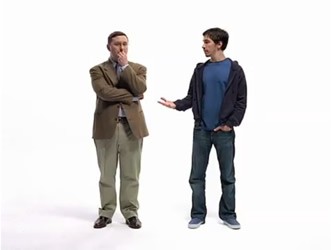 TUAW: According to the results of a massive survey by Hunch.com, Mac people are frequently young, vegetarian city-dwellers who like modern art, liberal politics, and independent films. Meanwhile, Windows supporters tend to be older, more conservative, and more likely to compare talking about computers to “struggling with a foreign language.”

Whether you're collecting evidence for the Mac vs. Windows debate you have planned for the weekend or preparing for an appearance on Family Feud, Hunch's results offer some fun and fascinating insights into the tastes and habits of Mac and PC users, from what TV shows they watch to what snacks will best satisfy their afternoon munchies.

Started by Flickr co-founder Caterina Fake, Hunch provides visitors with personalized recommendations for just about everything from books and movies to cars, vacation spots, and colleges. Between March 2009 and April 2011, Hunch asked 388,315 of its visitors about their preferred computing platforms. Among the respondents (typically tech-savvy early adopters who may not represent a true cross section of the general public), 52% identified themselves as PC people while 25% said they were Mac aficionados. The rest declined to answer the question or didn't consider themselves loyal to any computing platform.

By combining this data with the results of over 80 million other responses to “Teach Hunch About You” questionnaires, Hunch found some interesting correlations between choice of operating system and a variety of other personal preferences. According to the overall results, Mac users tend to be hummus-gobbling vegetarian city-dwellers who enjoy fancy foods and art-house movies. Or perhaps hummus-gobbling vegetarian city-dwellers prefer Macs — correlational data is tricky like that. What do think? Do these results accurately reflect reality? Or do they falsely endorse long-standing stereotypes for Mac and PC fans? Discuss in the comments.