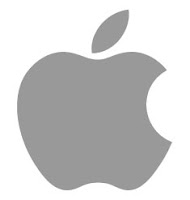 The update reign starts off with Apple. Critical security vulnerabilities are closed within the Safari web browser 5.0.5 – they allowed cyber criminals to smuggle in malware. For Mac users, additionally a security update is available for the Snow Leopard operating system. It fixes an issue with stolen certificates which arose a three weeks ago at Comodo and is amazingly tiny for an Apple security update, only 4 MByte. And then for iPhone, iPad and iPod Touch users the update to iOS 4.3.2 is available which basically closes the same security holes for the mobile devices as well.

As announced by Adobe, the Flash Player update which will be available during the day today is already available for users of the Google Chrome web browser. Chrome 10.0.648.205 for Windows, Mac and Linux comes with the new Flash Player plug-in 10.2.154.27. According to the Chrome Release Blog, also three critical security vulnerabilities in the GPU process have been fixed. The update should be installed automatically already – to make sure to use the latest version, click on the tool symbol and check the “About Chrome” menu entry.</div>