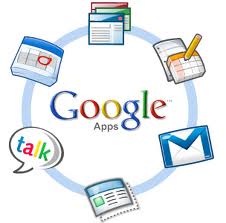 BetaNews: Google found itself fending off criticisms from competitor Microsoft on Monday over whether or not its Google Apps product truly had an important government security clearance. Called the Federal Information Security Management Act (FISMA) standard, the Mountain View, Calif. company claimed on its webpage that the Government version of Apps had it. It didn't.

Instead, Google Apps Premier had the proper certification, while the more restrictive Government version was still in the process of getting FISMA certified. This is required by some government agencies in order to participate and win bids for any IT contract.

Microsoft uncovered this in a Justice Department filing from December after those documents were unsealed by the court.

Howard seemed to express confusion at how Google could assume that it had the certification for its Government version merely because its more expansive Premier offering had it. “If that were the case, then why did Google, according to the attachments in the DOJ brief, decide to file a separate FISMA application for Google Apps for Government?”

In any case, the information is coming to light as part of a lawsuit Google filed against the Department of the Interior over its insistence that bidders on a contract use a Microsoft product, which Microsoft won. While a lower court judge agreed that this bid process was rigged to favor Redmond, and injunction was filed while the argument was settled.

Google contends it did not lie. “We did not mislead the court or our customers,” enterprise strategy and business development chief David Mihalchik told Computerworld. “Google Apps for Government is the same system [as Premier] with enhanced security controls that go beyond FISMA requirements.”

Mihalchik did not answer the question as to why Google continued to insist that the Government version itself had the FISMA certification, which remains the central issue in the dustup.