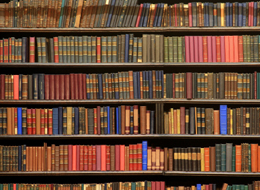 .Google Books, although an admittedly noble project as Google has framed it, is also a beleaguered one. Attacked first by writers and publishers, the immense online library is now the subject of a lawsuit brought by several professional photographers’ organizations.

The American Society of Media Photographers, one of these groups, issued a statement today saying, “The suit[…] relates to Google’s illegal scanning of millions of books and other publications containing copyrighted images and displaying them to the public without regard to the rights of the visual creators.”

Google Books began as a secret project in 2002. Its goal was to digitally scan and publish searchable versions of every book in existence — a project so grandiose in scope that for any other company, the task might have been ludicrously ambitious. But Google has succeeded so much that Books has begun to threaten the authors, publishers, photographers and illustrators, whose copyrighted work it gives out for free to online audiences.

Three years ago, several authors, publishers and professional organizations filed a $125 million, class-action lawsuit against Google Books. After a long period of negotiation, during which Congress got involved, Google and the plaintiff groups reached a controversial settlement that would allow for parts of copyrighted books to remain online if the books were out of print.

But visual artists were not included in this lawsuit and settlement, and the plaintiff groups in this new suit say they intend to bring more than just Google Books under scrutiny. “The new class action,” reads the statement, “goes beyond Google’s Library Project, and includes Google’s other systematic and pervasive infringements of the rights of photographers, illustrators and other visual artists.” We’re guessing that Google Image Search will feature prominently in this legal action, as well.

ASMP’s in-house attorney Victor Perlman said, “We are seeking justice and fair compensation for visual artists whose work appears in the 12 million books and other publications Google has illegally scanned to date. In doing so, we are giving voice to thousands of disenfranchised creators of visual artworks whose rights we hope to enforce through this class action.”