Just after the launch of iPad, Apple has just announced iPhone OS 4.0 Event at 8th April 10 AM PT. A lot more speculations are being made about the upcoming features of iPhone OS 4.0 Following are some most closest guesses on the features of apple iPhone OS 4.0 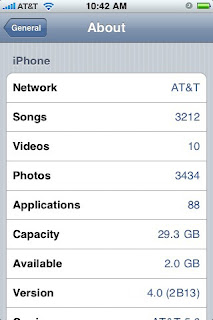 Lets what all out of these features listed above to be come out as truth, on 8th April 2010 at iPhone OS 4.0 Event