Google Maps for BlackBerry has always been a feature rich application, but the additions to Google Maps 4.0 bring it more in line with their offerings for the iPhone and Google’s own Android platform.

Here are some of the highlights of the new version: 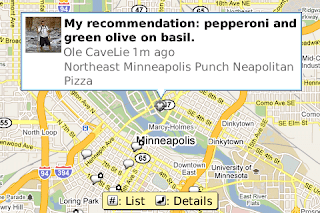 To install Google Maps 4.0 for BlackBerry, visit m.google.com/maps in your BlackBerry’s web browser and install the update.

BlackBerry users: What do you think of the new features?