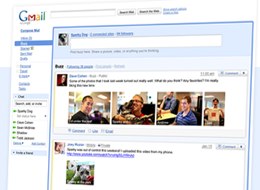 Google has released a new video aimed at teens about making Google Buzz a safer experience.

The video was released in conjunction with the new Buzz privacy reset issued yesterday. This new focus on privacy and privacy options comes amidst class-action lawsuits and a request for FTC investigation regarding the service’s launch and explanation to consumers.

Although aimed at teens, the tips are good for anyone using Buzz to keep in mind.

These are Google’s highlighted tips:

As nice as it is to see Google finally trying to take control of its product and emphasize consumer education and options, the video also underscores how flawed the initial Buzz roll-out was from a privacy perspective. We mostly wrote about the privacy issues in context of adults communicating with other adults — I didn’t even think about all of the teen mini-dramas that might have occured because of the previous default settings.
What do you think about Google’s launch of Buzz and the company’s subsequent actions? Let us know.