iPad apps seems to be getting more faster approved than apple iphone apps, we have seen many iPad apps being released. WordPress official app has been released for iPad today. As there lot more space on iPad for bloggers to write a web blog post through this wordpress app, this app seems to be useful. 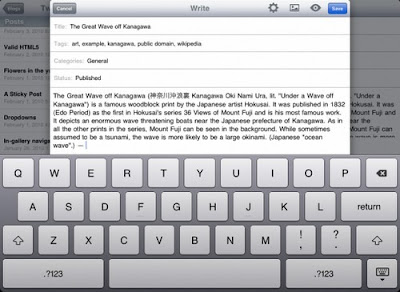 However it does not have any new features so it is just the iphone app being ported for iPad on apple ipad store, Below are some screenshots with which you can get the idea on how does this app will look like on iPad. 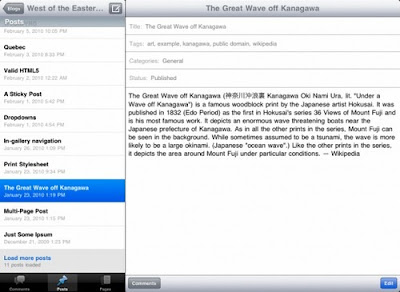 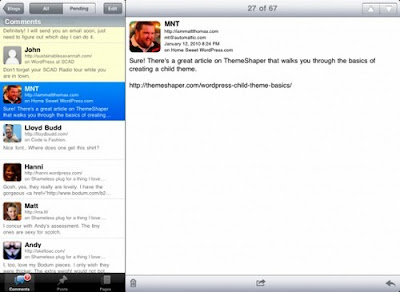 Get WordPress App For iPad on iTunes Apple Store