In the document, Nintendo quietly announced that it will be launching “Nintendo 3Ds” during the fiscal year ending in March 2011. The new handheld gaming console will support 3D effects without the need for special viewing glasses, and Nintendo will talk more about it at the E3 conference in June.

This comes as a rather big surprise today, as Nintendo only just recently launched the super-sized DSi LL (a.k.a., DSi XL) in Japan, and that device hasn’t even been released in the United States yet.

Nintendo is no stranger to attempting to bring 3D gaming to the masses, but the company has never quite achieved any degree of success in its endeavors. In fact, it could be the area where the company has failed the most. Nintendo’s Virtual Boy console, which achieved full stereoscopic monochrome 3D via a spinning mirror inside a large visor, is considered by American gamers to be Nintendo’s biggest flop. 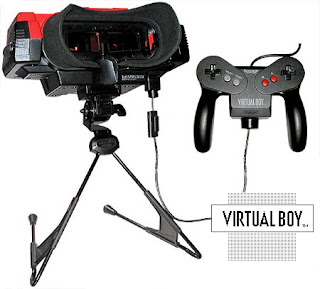 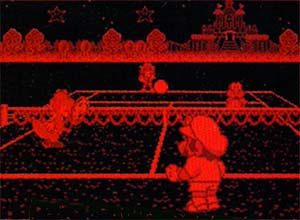 Our experience with 3D Nintendo games has been somewhat limited in the United States. The Nintendo Entertainment System only had three 3D games, 3-D Worldrunner and Rad Racer by Square and Orb 3D. These games required the use of cardboard red and blue 3D Glasses for the anaglyphic 3D effect to work. But Nintendo was actually more daring in the 3D space in other markets, and released an active shutter 3D system to coincide with the Famicom disk system for 3D effects closer to what we experience in modern 3D systems.

In terms of software support, this was actually far worse of a flop than the Virtual Boy. Virtual Boy had a total of 22 games released worldwide, the Famicom 3D system had less than ten, and none of them were made by Nintendo itself. Some of the titles include Famicom Grand Prix II: 3D Hot Rally, Falsion, and Attack Animal Gakuken. 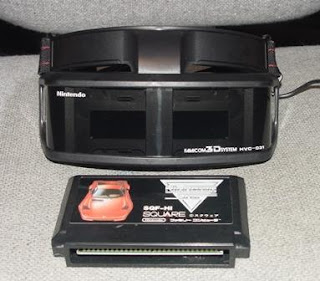 Right now, very little is known about the 3DS other than its tentative name and its intended purpose. We’ll follow up with more information as it becomes available.