Does a Facebook-specific antivirus application sound like a good idea? Maybe not. One of our analysts saw this particular application claiming to be an antivirus wreak havoc on his Friends list. Of course, there is no such thing.

Once installed on one Friend’s account, this application tags 20 Friend into a picture such as the one below: 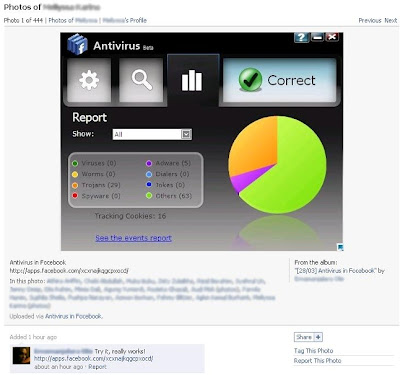 If a Friend looking through the photos then clicks on the app’s (apparently randomly generated) link, they’ll see this:

If you have a lot of friends, you might end up with a series of albums like this: 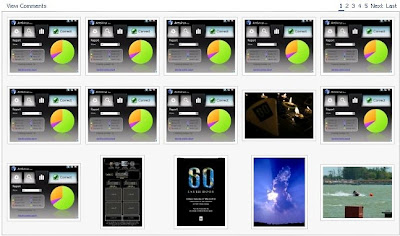 You can find more information about this, including instructions on how to remove the tags on the photos, at FacebookInsider.

Notice the misspelling of Facebook in both names. Facebook is already in the process removing and preventing such rogue apps.