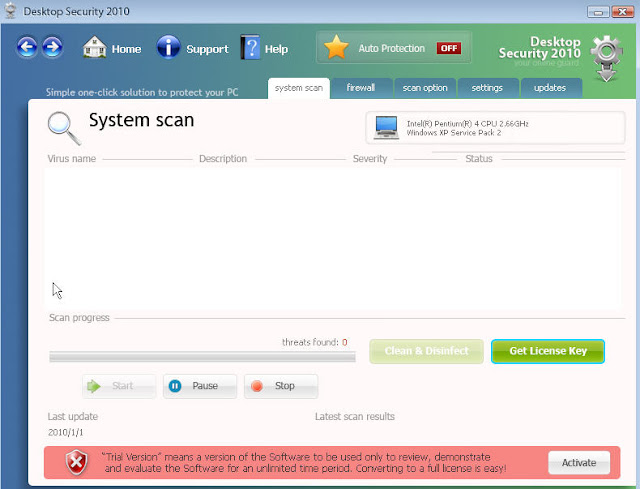 Computers that have been infected with Desktop Security 2010 may show the following symptoms:

If Desktop Security 2010 has infected your computer, you must remove it soon.