We just blogged about a highly targeted attack against military contractors.

Now we saw one against the intelligence sector.

This attack was done with a PDF file. Again. 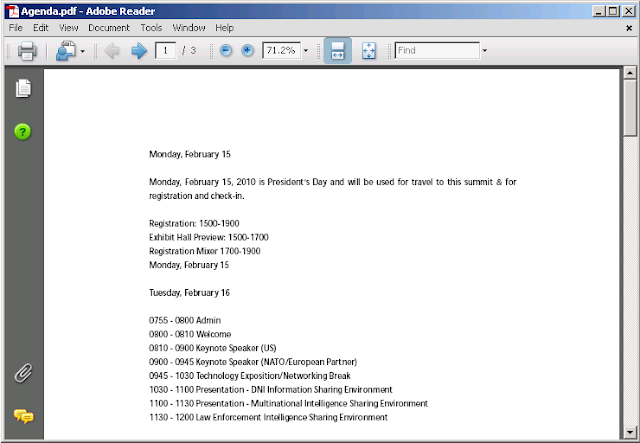 Now, what is the document talking about? President’s day? DNI Information Sharing Environment? We don’t know, but a quick web search tells us that apparently there is going to be an Intelligence fair & expo in Germany next month. 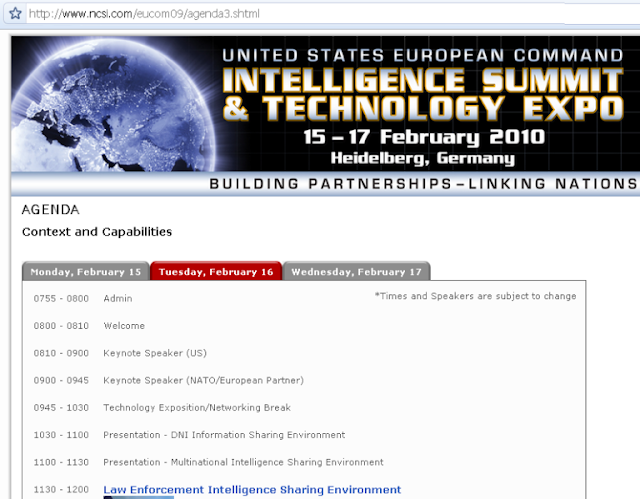