It’s the usual situation, with the bad guys exploiting the death of a famous person, just like they did with Michael Jackson.

Yesterday we identified some Twitter accounts that are being used both to send “make money on the Internet” spam, and also to spread links to malware. In both cases, they used Brittany Murphy’s name.


Here's a couple of examples:

The actual text of messages of this type can vary. What characterizes them is that the first link is genuine, i.e. it leads to a site which really does talk about the topic tweeted. The second link though, leads to standard spam advertising sites which tell you how to earn money on the Internet, offer various goods, etc.

The second type of tweet we’re seeing is undeniably malicious. These tweets, like the first type, use Brittany Murphy’s name, but have a shortened bit.ly URL leading to malware:

Theoretically, all shortened bit.ly URLs get checked to make sure there’s no malware. But in this case it looks as though there’ve been so many that they can’t be processed quickly enough to prevent abuse. The screenshot confirms this – the link was tweeted a day before we found it, and it was still live.

This type of tweet follows the standard pattern: click, and you get redirected to a malicious site: 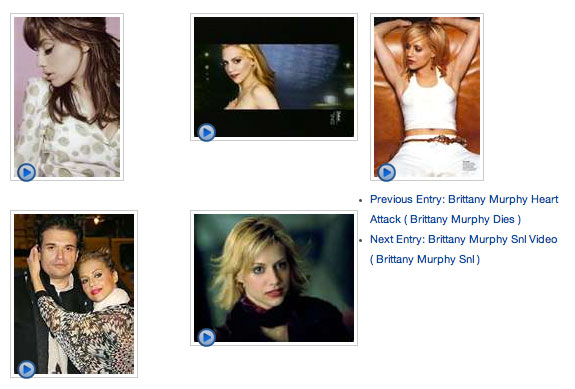 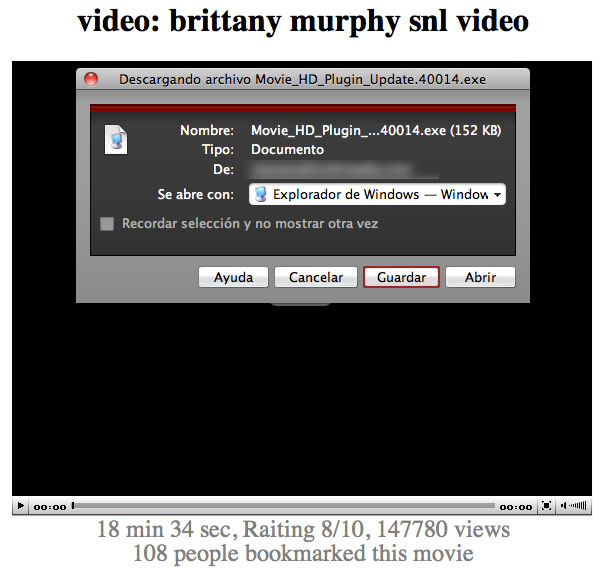 What’s behind all these video links? Malware, of course: this time, it’s Packed.Win32.Krap.ag. It’s got a backdoor function. It also downloads rogue AV software, which requires the victim to “purchase” it in order to delete “viruses” supposedly detected on the machine.

At the time I was putting this blog together, there were 6,950,994,912 tweets about the death of Brittany Murphy. And lots of Twitter users are retweeting the bad guys’ messages, meaning that the number of malicious tweets (and the number of potential victims) is only going to grow.

To sum up, Brittany Murphy’s death is currently being exploited by cybercriminals in two ways:

So please be very, very cautious when you’re searching Twitter (or any other social network) for news about Brittany Murphy. The hot topic of the day is always going to be exploited by cybercriminals, but you can make things more difficult for them: don’t click on short URLs, and even more important, don’t retweet suspicious looking messages to your followers.